Lafayette in Louisville: An Evening with Sarah Vowell 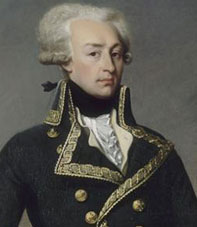 Sarah Vowell, New York Times bestselling author of Lafayette in the Somewhat United States will speak with Tara Anderson about her book and Lafayette, followed by an 1825-style Grand Dinner on Friday, September 21, 2018.

“As a Frenchman who represented neither North nor South, East nor West, left nor right, Yankees nor Red Sox, Lafayette has always belonged to all of us.” —Sarah Vowell, Lafayette in the Somewhat United States

An Evening with Sarah Vowell

Sarah Vowell, New York Times’ bestselling author of Lafayette in the Somewhat United States will speak with Tara Anderson of Louisville Public Media about Lafayette and his connections to American Independence.

Conversation tickets include a copy of Lafayette in the Somewhat United States and a beverage ticket. Sarah Vowell will sign books from 5:00 pm – 5:30 pm. The conversation is ticketed separately from the Grand Dinner.

The conversation will begin at 6:00 pm; seating will begin at 5:30 pm. The historic house will be open for tours and guests will be invited to explore the grounds and outbuildings of Locust Grove to learn more about life in Louisville during Lafayette’s visit until 8:00 pm.

The dinner is now sold out.

Lafayette was invited to dine at Locust Grove during his visit to Louisville in 1825, but had to decline. This year, Sarah Vowell is our guest in his stead. Imagine what it would have been like to dine with him and other Louisville luminaries at the place where Louisville begins!

“You will perceive through the medium of the public print our reception of LaFayette. It was creditable to our town and gratifying to our illustrious guest. The ladies of the town & country generally waited on him and among them were Aunt Anderson & my Mother. I regret that he had not time to visit Locust Grove, in as much as he promised to do so, but so limited was his stay, & so worried was he by parades & civilities that it seemed impossible. “ – John Croghan to T.S. Jesup, May 20, 1825

*Vegetarian option: Baked Macaroni and cheese from a recipe of Thomas Jefferson’s. All menu items are meatless with the exception, of course, of the ham and lamb.
Some dishes will include items sourced from Locust Grove’s own gardens.

Drinks will include favorites of the period such as claret, punch, whisky, madeira, cider, and ale.

With generous support from: 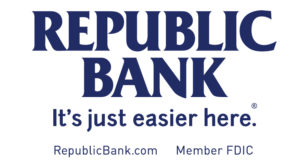